Llorens, formally the Red and Gold Republic of Llorens, is a federal republic situated in The Leftist Assembly. It sits on the southern end of the Lupamig continent, comprising a mainland continental area and a 16-island archipelago. The nation was formed in 2016 as a federation of its seven modern states - Ytelia, Xeñana, Ceybisa, Notonfigo, Zana, Vusmein, and Rinture - with its capital situated in Zexaro.

Historians believe the nation was initially settled by humans in the 600s, which suddenly disappeared in the 1200s. In modern times, it was resettled in 1816 by Totacian migrants, who fled civil unrest in the Tecatanian Empire during the War of 1816.

These communities appeared mostly untouched until the 1200s, at which point all evidence of their existence is erased from the historical record. Historians do not agree on the exact reason or circumstances in which this happened. One prominent theory known as the Great Escape claims that migrants from the distant Varselen continent to the south encountered them, and the militarily inferior native people escaped from the continent to the sea, effectively deserting the continent as the Varselen migrants returned home. Another theory known as the Cyclonic Extinction suggests that the peninsula was ravaged by a once-in-a-millennium cyclone that left no survivors.

The War of 1816 was the very first instance of large-scale civil unrest in the Tecatanian Empire, emerging from the increasing anger of citizens with the elite Governors and class of nobility. The destruction of a Governor statue by Orlando Feldmann after the raising of taxes triggered the war, which eventually took the form of guerrilla warfare. A small group of citizens from the major coastal city of Totaca, which was the centre of the conflict, fled the nation by sea through the Scarlet Gulf.

After three months at sea, the migrants from Totaca arrived on the east coast of the island of Vusmein on 6 May 1816, which would eventually become a major regional centre and the modern national capital of Zexaro. The 16-island archipelago and mainland area of Rinture were gradually settled during the following decades, with it emerging under a city-state model of governance centred around the seven major cities of Liteya, Xeñana City, Valstana, Niemvusen, Zanaville, Zexaro, and Porterano. These each informally controlled their own islands and maintained friendly relations. 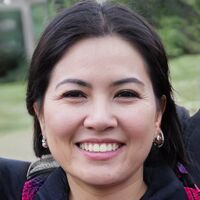 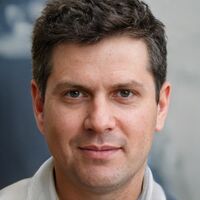 The Parliament meets in the Red Wing of the Federation Building, which is situated in the capital of Zexaro. It is comprised of 100 members, with seats distributed using closed-list proportional representation. It is officially led by the President, but the majority party or coalition is often represented by the Vice President when in session. An election is held on the last Saturday of June each year to elect all 100 members.

The current 5th Parliament was elected at the 2020 federal election. It is led by a coalition of the Socialist, Green and Communist parties. The current President is Justine Vartu, and the current Vice President is Pietra Kapara-Sana.

The composition of the 5th Parliament of Llorens.

Retrieved from "https://tl.awiki.org/w/index.php?title=Llorens&oldid=1138"
Category:
Cookies help us deliver our services. By using our services, you agree to our use of cookies.